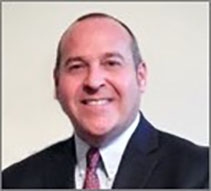 Prior to his current role with the company, Jones served as the vice president of operations for Colson Group USA under the One Colson initiative from 2012 to 2014. He began his career in the caster and wheel industry in 1994, when he joined St. Joseph, Michigan-based Shepherd Caster Corp. as the director of operations. He was later promoted to vice president of sales and marketing in 1998 and advanced to president of the company in 2001.

Jones has been active with the Cornerstone Chamber of Commerce in St. Joseph, Michigan, where he was named Entrepreneur of the Year – Manufacturing Sector in 2009 and was recognized by the State of Michigan for his work at Shepherd Caster Corp. He earned his Bachelor of Science degree in engineering from Purdue University in West Lafayette, Indiana.